Meet the DentalPost Advisory Board 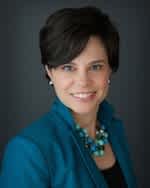 As founder of Inspired Hygiene, Rachel Wall, RDH serves the dental community as a hygiene consultant and speaker. Passionate about service, Wall coaches dental teams to build highly productive hygiene departments by creating and implementing systems for high quality periodontal care, enrolling restorative care through hygiene and managing the logistics of a high performance hygiene department. As owner of Inspired Hygiene, Wall and the Inspired Hygiene team assist dentists to tap into their hygiene profit potential. In addition to private coaching, Wall draws from her 20-plus years of experience as a hygienist and practice administrator to deliver to-the-point clinical articles and speaking programs. She has spoken for numerous groups and events, including RDH Under One Roof and the AACD Annual Session. She has written for, and been featured in, numerous industry journals including Dentistry Today, Progressive Dentist, RDH, and Hygienetown. She recently received the 2012 Dental Excellence Award from DrBicuspid.com for "Most Effective Dental Hygienist Educator." 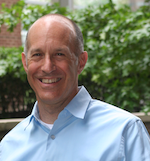 A technology entrepreneur and investor, Harold Solomon is a principal at Georgia Tech's VentureLab, working with professors, research scientists and students to build startup companies based on academic research. He also is a co-founder of Seraphim Partners, which identifies potential medical diagnostic, hardware and SaaS companies for investment. To date, Seraphim Partners has invested in 23 startup companies. Solomon has founded and led several entrepreneurial companies. Among them, he was co-founder and CEO of Decision Services International (DSI), a high availability transaction software company in financial services, telecom and under-banked markets, where he managed technical, marketing, financial and sales resources. While at DSI Solomon created and managed a joint venture with a 15 bank ATM network and a carrier based mobile wallet provider to form and develop a mobile phone based lending system based in Nairobi, Kenya. Solomon also co-founded and was COO at RentBureau, the largest consumer reporting agency and database containing consumer financial data for the apartment industry, eventually selling the company to Experian. 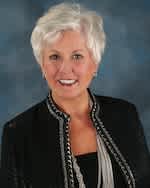 Celebrating her 50th year in dentistry and her 34th year as a practice and team development speaker and consultant, Linda Miles is available for telephone guidance for speakers, consultants, authors, dentists, dental spouses, staff members and dental company sales representatives who can benefit from her expertise. She began her career in dentistry as an assistant in 1961, and moved around with her Air Force career husband for 21 years, always being the last hired staff member in most practices. In 1976, Miles became the Practice Administrator of a small, but very successful practice in Richmond, VA. In 1978 she began helping other practices train their admin teams and started speaking and consulting full time in 1980. Miles founded the Speaking Consulting Network, an annual conference for those wishing to start or enhance their own speaking, consulting or writing business, in 1997. Today, Miles is active with the Speaking Consulting Network, Oral Cancer Cause Foundation, EPIC I and EPIC II, AskLindaMiles.com and writing two new books. 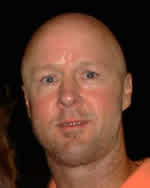 Wayt has broad experience as a founder, investor, and general counsel with software and web services companies and as a strategy and legal advisor to private technology companies generally. His transaction skills include seed capital and venture capital financing, mergers and acquisitions, software licensing and distribution, web services agreements, patent licensing and protection, corporate governance, executive and employment issues, and business partner deals. He has significant advisory skills for cost-effective patent strategy development and is a registered patent attorney. Wayt relies on his unique experience as a "lawyer/entrepreneur" to advise emerging private technology companies. He was one of the founders of (and largest individual stockholder in) on-demand TV software company N2 Broadband in 2000 and played major roles in raising $27M in seed and venture capital financing, building the business from inception to $23M/year in sales and 200 employees, and selling the business for $120M in 2005. Wayt has also been an investor in and advisor to web-based golf tee times marketer Last Minute Tee Times from its inception in 1998 through its sale for $18M in August 2008 to Comcast. 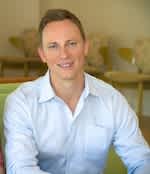 Dr. Danny A. King is an Atlanta-area pediatric dentist committed to providing children with the latest and best quality pediatric dentistry in a fun and caring atmosphere. King is an active member of some of the most respected organizations in the dental field, including the American Academy of Pediatric Dentistry, Georgia Academy of Pediatric Dentistry, Southeastern Society of Pediatric Dentists, American Dental Association, Georgia Dental Association, Hinman Dental Society and National Dental Advisory Board for United Concordia Dental Insurance Company. King was chosen for the fifth consecutive year in a row as a Top Dentist in the Pediatric Specialty by his peers. King earned honors at the University of Tennessee, College of Dentistry. He went on to receive his specialist's degree in Pediatric Dentistry at Baylor College of Dentistry. This training encompasses growth and development, child philosophy, behavior management, sedations, hospital dentistry, treatment of traumatic injuries, treating patients with special needs, and specialized areas unique to younger children and adolescents. While at Baylor's well respected pediatric program, he was affiliated with Texas Scottish Rite Hospital and Children's Medical Center of Dallas. King is married and the proud father of three children. His interests include traveling, skiing, tennis, paddle boarding and water sports. 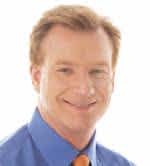 Fred Joyal is an entrepreneur who partnered with Gary Saint Denis in 1986 to form the successful dental referral service, 1-800-DENTIST. Today he serves as the CEO of Futuredontics, Inc., which operates 1-800-DENTIST as well as several other brands, and is regarded as one of the world's leading experts on dental consumer marketing. He lectures on practice marketing to groups of dentists around the country, focusing on building patient loyalty and increasing production by better communication, mindset and attitude. Joyal's book, "Everything is Marketing: The Ultimate Strategy for Dental Practice Growth," compiles his two decades of experience in dental marketing into a clear, achievable strategy for dental professionals. 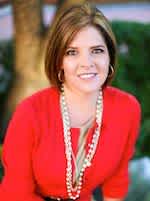 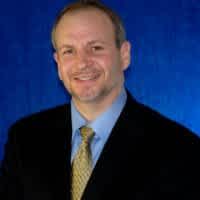 Dr. Jonathan Dubin has been practicing in Atlanta for over 23 years. Since he began practicing dentistry, Dr. Dubin has kept up to date with over 2000 hours of continuing educational classes, ensuring that his patients receive the most comprehensive and advanced dental care. Dubin is a member of the Academy of Laser Dentistry and achieved Category 2 status. He has maintained membership in the American Dental Association, the Georgia Dental Association (Honorable Fellow), Northern District Dental Society, Hinman Dental Society (officer), Academy of General Dentistry (Fellow), International College of Dentistry (Fellow), American College of Dentists (Honorable fellow) and the Pierre Fauchard Academy (Fellow.) Dubin has faculty appointments at the Medical College of Georgia, and the University of North Carolina. He is clinical director of the Special Smiles program for Georgia's Special Olympics, co-chair for Georgia's Mission of Mercy, Editor of the Georgia Dental Association, and serves on the board of directors for the Ben Massell Dental Clinic, The Fisher Foundation for Dental Education, and The Hinman Dental Society. Dubin graduated from the Medical College of Georgia in 1983. Prior to studying at Dental School, he earned his Bachelor of Science in Microbiology and Biochemistry at the University of Georgia. He has received awards from Healthcare Georgia Foundation, Atlanta Business Chronicle, and the Georgia Dental Association. Dubin resides in Atlanta with his wife, Traci, daughter, Mylee, and sons, Zachary and Seth.

Steve Chamberlain is an entrepreneur and early stage investor in mostly technology companies. Over the past 16 years he has made 24 investments. Some of the exit success stories include WebMD, N2 Broadband, ViTrue, Repay OnLine and most recently CPO Commerce. He has 9 that are active today including Uncle Maddio's Pizza Joint that proudly serves Coca Cola products! Prior to his career in private equity Steve played major roles throughout the entertainment industry. He was the co-founder and Executive Vice President of Turner Home Entertainment. In that capacity he oversaw five major business units of Turner Broadcasting including worldwide home video, merchandising and licensing, pay per view television, theatrical distribution and ancillary. Over a ten year period he was directly responsible for the release of hundreds of films and cartoons from the MGM and Hanna Barbara companies that Turner acquired (5,000 titles in all). Together those units represented more than $500 million in annual sales by the time he departed in 1994. After a brief stint as a consultant to Capitol Records and Frank Sinatra in 1995, Steve was asked to quarterback The Beatles Anthology which became the most successful music compilation project in history. Three new double albums, two new singles by the band, a ten hour home video series and three night special on ABC netted more than $350 million in sales. Just after The Beatles Anthology and just before his move into private equity, Steve was President of the children's animation and live action group at Orion Pictures. Steve lives in Atlanta with his wife June and two children Samantha and David. 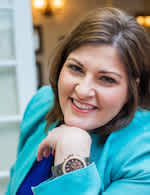 Dr. Tanya Brown is a Senior Consultant and speaker but first and foremost, she's a dentist. In 2001 she founded The Center for Cosmetic & Restorative Dentistry. Her presentations and workshops to dental teams and practices across the nation have been developed from the same proven techniques she has utilized in her own thriving practice. Her passion to inspire others comes from her experience working in every area of a dental practice. That history, from chair side dental assistant to practice administrator to owner dentist enables Brown to understand that each team member is vital to the overall success of the dental practice... and she will help you inspire them! Brown is one of a select group of dentists (one percent nationally), who have completed the core curriculum at the Dawson Academy of Advanced Dentistry. She is a fellow in the Academy of General Dentistry and is an active member in the American Academy of Cosmetic Dentistry and the American Dental Association. In addition, she is a member of the Speaking Consulting Network and the Professional Management Consultants Association.

Dr. Jorge Blanco, the founder of Images Aesthetic Dentistry in Miami, FL, has been practicing dentistry for 20 years. Blanco is an expert in the field of cosmetic dentistry. He currently serves as an examiner in the American Academy of Cosmetic Dentistry accreditation process. Since 2004, Dr. Blanco has been a clinical instructor with the Rosenthal Aesthetic Advantage Program at NYU and taught the General Dental residents at Mount Sinai Medical Center in Miami Beach. Blanco's expertise and techniques are regularly featured in the news. He has appeared on television shows such as NBC's "The Today Show," ABC's "Magnum Force," Lifetime's "Alive and Well with Michelle Harris," Univision's "The Cristina Show" and Telemundo's "De Maãanita." He has been published numerous times in the internationally recognized Selecta magazine as well as Gables Living magazine. Blanco is an active member of the organized dentistry community. He has served as president of two dental societies and was chairman of the Dentist's Day Gala. He is a participating dentist for the national Give Back a Smile program, providing aesthetic dentistry to victims of domestic violence. He currently serves as a Board of Trustee for the American Academy of Cosmetic Dentistry Charitable Foundation (AACDCF) as well as a member of the American Dental Association, the Florida Dental Association, and the South Florida District Dental Association. Blanco attended Loyola University in New Orleans for his pre-dental studies, and received his DDS from the University of Tennessee in Memphis. Upon graduating he returned to Miami, his home town, where he completed a General Practice Residency at Mount Sinai Medical Center.